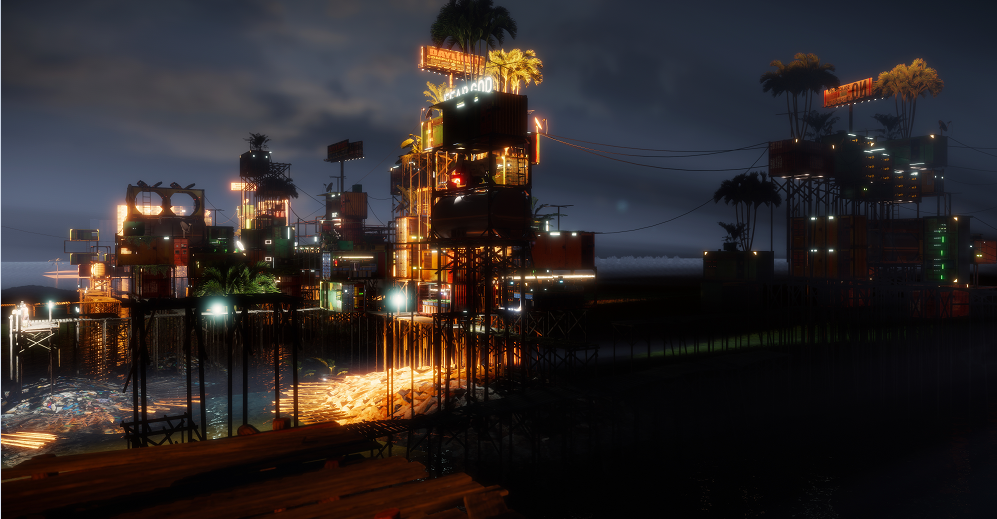 “African Mobilities – This is Not a Refugee Camp” exhibition returns to Lagos from October 12-25, 2019 at A Whitespace Creative Agency, Ikoyi. This exhibition is based off the ‘Lagos Exchange’ collaborative workshops which held in 2017, to re-present the architectural part of the exhibition shown in Munich between April and August 2018.

The exhibition explores how architecture responds to the complexities of migration and the circulation of people, ideas, resources and aesthetics – both in physical space and in spaces of the imagination. The exhibition examines the possibilities for creative interventions that emerge when one applies a relational, multi-scalar and multi-sited approach to this exploded space-time, in which the majority of migration and circulations occur on the African continent.

Jeyifous’ earlier work, ‘Shantytown Megastructure’ considered how slums are often viewed as eyesores to be bulldozed, which frequently leaves inhabitants displaced. As an alternative, it reimagined a future for the city of Lagos where the dispossessed are given prominence through a heterotopian and ‘solar-punk’ vision that acknowledges the resilient practices of reuse and sustainability, as well as the highly self-organised nature of these communities. The project exhibited explores the interiority of these imagined communities in an interactive 360-degree virtual reality installation, graphic novella and 3 animated short films. 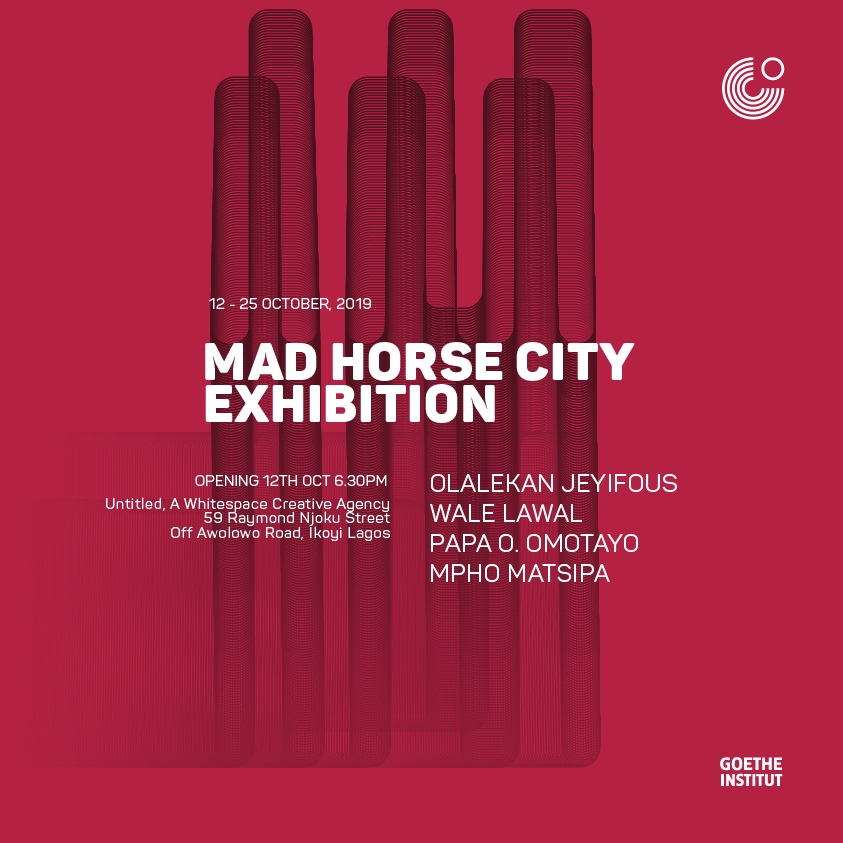 Mpho Matsipa has curated several exhibitions and discursive platforms, including African Mobilities at the Architecture Museum, Pinakotheque Moderne in Munich (2018) the South Africa Pavilion at the 11th International Architecture Exhibition, Venice Biennale (2008), and Studio-X Johannesburg (2014-2016). She is a lecturer in the School of Architecture and Planning at the University of the Witwatersrand, Johannesburg, South Africa and an Adjunct Assistant Professor of Architecture and Urbanism at Columbia University’s Graduate School of architecture and planning (GSAPP). She is currently a research fellow at the Wits Institute of Social and Economic Research, University of the Witwatersrand (WiSER).

Olalekan Jeyifous is a Nigerian-born, Brooklyn-based artist and designer. In May 2000 he received a bachelor’s degree in architecture from Cornell University, Ithaca, where his primary focus was experimentation with the application of various computer software in the creation of art, design and architecture. After graduating he began a four-year tenure as a senior designer at dbox before continuing to pursue his creative compulsions full-time. His artwork has been shown at venues throughout the world and he has also created architecturally inspired visuals for a variety of clients. Jeyifous has recently exhibited at 1-54 Contemporary African Art Fair – Pioneer Works, Brooklyn, New York; Crown Ether at the Coachella Valley Music and Arts Festival, Indio, California; BRIC Media Arts, Cafe Installation, Brooklyn, New York; Utopia/Dystopia – Museu de Arte, Arquitetura e Tecnologia (MAAT), Lisbon; Art Paris Art Fair, Grand Palais, Paris.

Wale Lawal is a Lagos-based writer, and an ex-KPMG management consultant. His writing has appeared on television, Quartz and New York Magazine. His most recent fiction features in Lagos Noir (Akashic books) edited by Chris Abani. Wale holds degrees in Economics from the University of Bath (BSc), Economic History from the London School of Economics (MSc) and African Studies from the University of Oxford (MSc). He is the founder and editor-in-chief of The Republic, a Nigerian and African affairs platform and magazine; and leads Strategy at GatePass, creating digital solutions to improve living in Nigerian communities. Most recently, Wale featured on the Disrupting Africa panel at the SOAS Africa Development Forum headlined by the UN Deputy Secretary-General, Amina J. Mohammed.

Papa O. Omotayo is an award winning, architect, designer, writer and film-maker. Papa’s work strongly focuses on creating work that explores the nature of culture and context within the contemporary Nigerian and extended African global condition. A strong believer in creating work through cross disciplinary collaboration and participation, he strives to find new possibilities for creating nuanced visual narratives in Nigeria (Africa’s) urban centres and beyond. He is the founder of A Whitespace Creative Agency and Creative Director of MOE+ Art Architecture. He currently lives and works in Lagos, Nigeria.

Wendimagegn Belete from Ethiopia and Bronwyn Katz from South Africa are 2 of 21 artists and artist collectives shortlisted for the 6th edition of the Future Generation Art Prize by PinchukArtCentre.

Read about the shortlisted artists and the prize here:
https://thesoleadventurer.com/wendimagegn-belete-and-bronwyn-katz-among-shortlist-for-future-generation-art-prize-2021/

"What matters is Joy. During this time of this Corona virus, a lot of people are worried, stressed and scared of what can happen to them. Sending everyone of you Joy and happiness" -Derrick Ofosu Boateng