Selebe Yoon, a new art gallery of 1,000 square meters has opened in Dakar, Senegal. Located at the city centre, and founded by Jennifer Houdrouge, a curator, writer and also director of The Chimney (another exhibition space in New York), the art space has been established to contribute to the growing contemporary art scene in Senegal with local and international programs. Selebe Yoon is Wolof for “crossroads”,  thus the gallery hopes to be a confluence point for various geographical and cultural contexts through exhibitions, residency programs and other projects.

Setting its objectives in motion, the new gallery, on November 27, opened its inaugural show “Ubeku (Ouverture)” by Senegalese artist Alioune Diouf following a two-month residency in the space. The exhibition features an impressive site-specific installation, a series of drawings made with natural pigments and mixed media works.

Diouf’s works evoke a curiosity that is sustained as one explores both the perceptible and subtle details: a trace on a wall, a mango leaf, a sewing thread that eventually spawns countless numbers of figures, sacred symbols and patterns. In his figurative representations, birds, horses, snakes coexist with totemic figures, cosmic and floral elements as well as hybrid and mythical beings such as a half-man, half-bird creature or a baobab-man.

The work series featured in the exhibition are “Gouney Jagaal”, in which the artist interweaves sewing and painting, “Carnets de Solitude” (2018-2020), a series of drawings revealing sobriety of colours, finesse and simplicity and “Fashion Show”, a piece made of traditionally painted and embroidered fabric created in-situ.

Diouf integrates into his work universal symbols that have prompted ancient civilization’s imagination for their sacred quality. There are elements such as the cross, the eye, the egg, and the moon. As universal as these symbols might be, they constitute the intimate and spiritual repertoire of the artist. Each figure – from the bird to the tree, to the man, to the eye – never stops at its edge but unfolds and stretches beyond its outlines to join the dance of this bustling carnival. He represents the uninterrupted motion of life as these figures are tied with a single sewing thread just as the same breath that animates all beings. It is an art that tickles spirituality, and a spirituality that caresses art. He proposes a possible humanity, a unity, and an openness.

Alioune Diouf is a self-taught artist born in Dakar in 1964. Most of his education happened outdoor with live experiences and direct observations of the world. He has established for himself a practical philosophy and spirituality free of institutional influences. He has participated in various local and international exhibitions including Africa 95 Festival in London (1995), the historical exhibition “Seven Stories about Modern Art in Africa” at the Whitechapel Gallery, Le Congrès de Minuit (Dakar biennial, OFF, 2016) and La Cloche des Fourmis (Biennale de Dakar, OFF, 2018), the Pavilion of the French Institute in Daker (2019), L’embarcadère gallery, Keur Gaindé gallery and at the Sorano theatre. In 2001, he was an artist-in-residence in Morocco and in 2015 at the Meet Factory, a contemporary art centre in Prague. 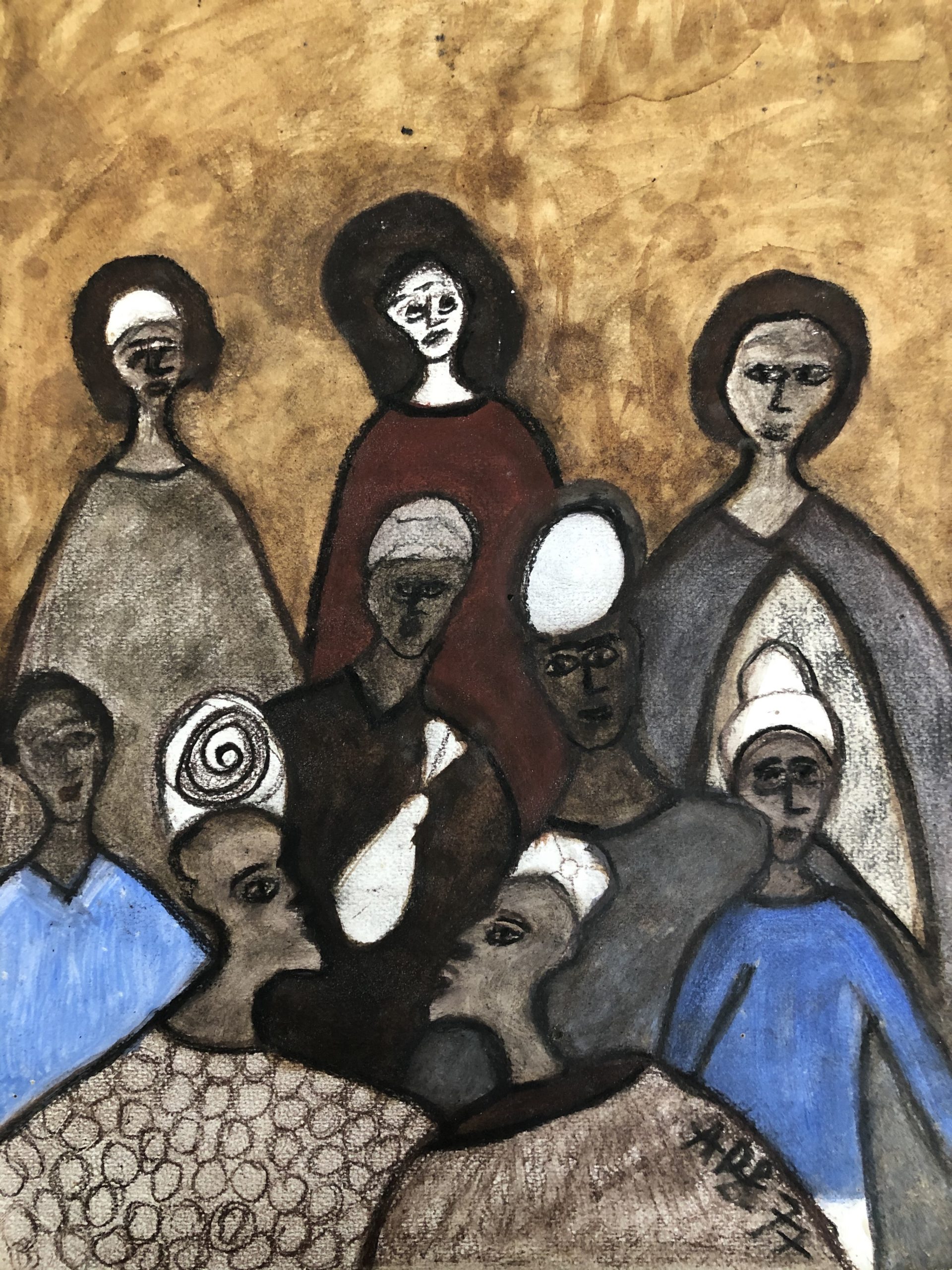 Ndidi Emefiele’s “Here as in Heaven” Exhibition in London

Seven years after opening AKKA Projects in Dubai, Lidija Kostic Khachatourian launched @ArtAboutAfrica, increasing her contributions to African arts. Roli O’tsemaye writes about her and the motivation for setting up these platforms. Read on our site.
https://thesoleadventurer.com/lidija-kostic-khachatourian-from-african-art-enthusiast-to-gallerist-by-roli-otsemaye/

South African artist Neo Matloga wins ABN AMRO Art Prize of €10,000 for emerging talents in the Netherlands. The award includes an exhibition at the Hermitage Amsterdam and purchase of a work by the artist for the bank’s art collection. Read the news here
https://thesoleadventurer.com/south-african-artist-neo-matloga-wins-abn-amro-art-prize/