In Dakar, multidisciplinary artists and curators Djibril Drame and Modou Dieng partner to curate the exhibition “You Are Beautiful The Way You Are”. 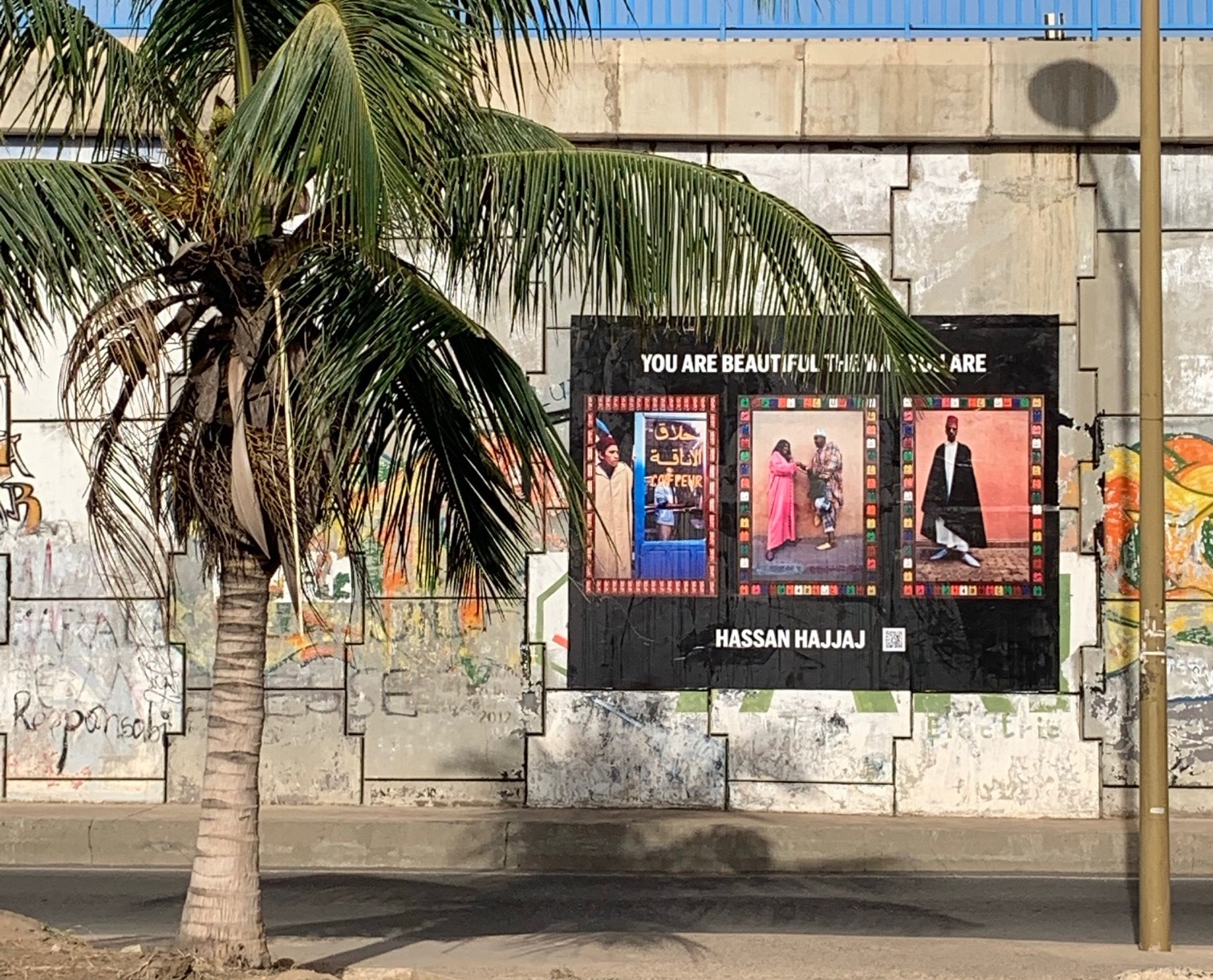 “You Are Beautiful The Way You Are” was born from a desire to share new Black contemporary art with the local communities of Dakar, Senegal amidst the COVID-19 pandemic. To connect Dakar, in the act of solidarity, with the global voices of an emerging Black renaissance. The 21st century has seen a rise of influential Black thinkers who are questioning what it means to be Black today and what the future will look like. It brings this conversation to the walls of Dakar, giving the people who walk its streets a chance to take part.

The exhibition features a series of large scale printed reproductions of artworks pasted onto outdoor walls throughout Médina and downtown Dakar. The succession of these works, created exclusively by artists living in Africa and the African diaspora, serves to construct a visual conversation between the artists’ individual experiences and perspectives as a Black person in our modern world.

Dakar has long stood as a figurehead for Black culture in Africa, home to the first World Festival of Black Arts and the continued host of the Dak’Art African Art Biennale. Inspired by this history and the philosophies of Léopold Senghor, “You Are Beautiful The Way You Are” hopes to continue in this tradition. Staged in a highly populated metropolis, the exhibition will encourage an immediate engagement between the participating artists and the surrounding community, opening a public dialogue on the concept of a “Négritude Contemporaine”. Through this unrestricted accessibility, the exhibition hopes to allow the residents of the city to discover a new group of important Black artists and provide a moment to converse and converge on Black Beauty today and tomorrow. 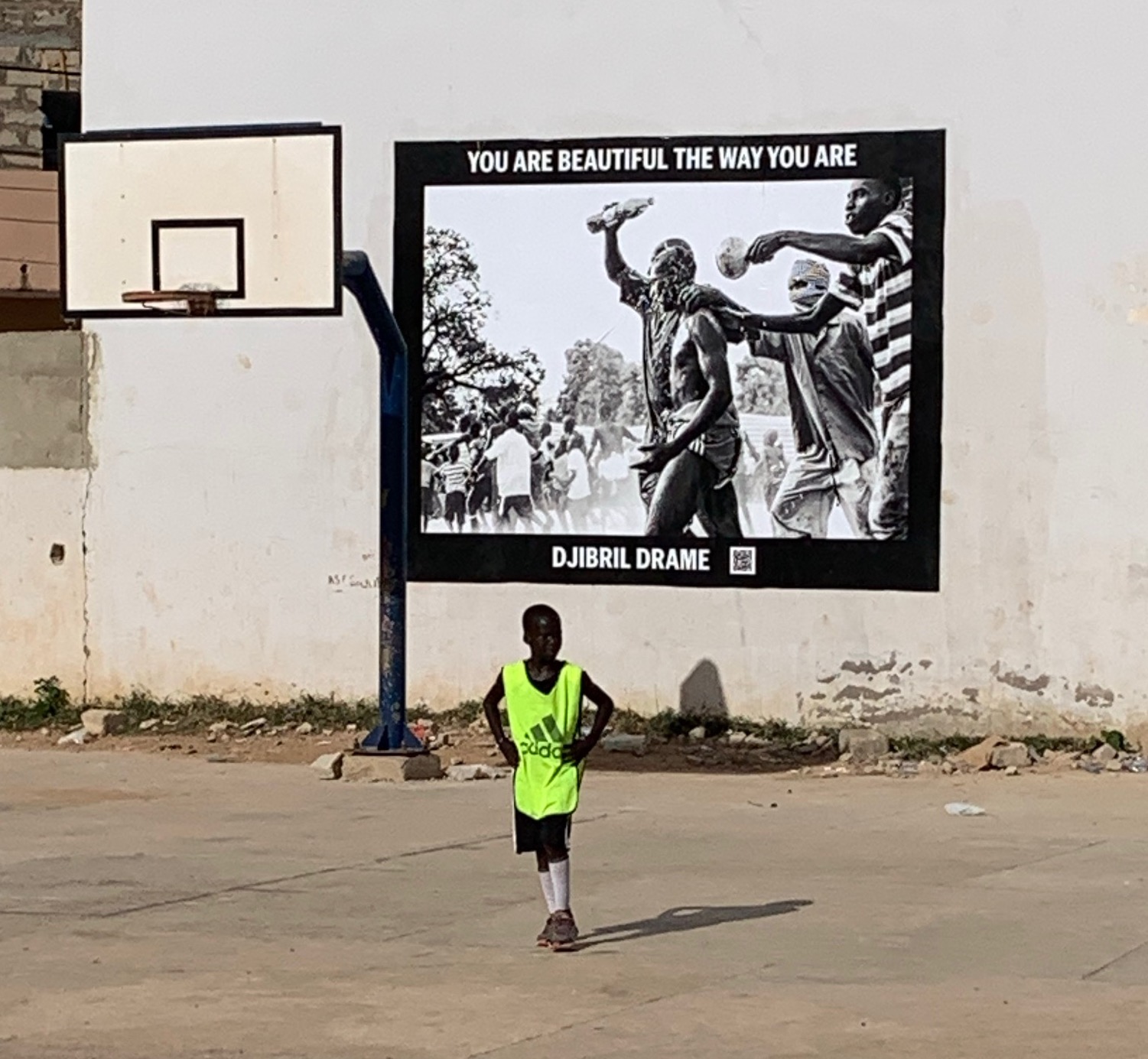 Read more on the exhibition’s dedicated website. “You Are Beautiful The Way You Are” is produced by Blackpuffin, a boutique company focusing on equal parts collaboration and strategy.

At in camera galerie in Paris is an exhibition featuring two Ivorian photographers of a different generation, Paul Kodjo and Ananias Léki Dago. The photographers are put in dialogue to show a modern perspective of the African society in different eras.

Kodjo was somewhat forgotten until recently when Léki Dago restored some of his photographs. He documented the 1970s atmosphere and events of the post-independent period in Ivory Coast as his colleagues in other parts of Africa. Though they belong to different generations, Kodjo was born in 1939 and Léki Dago in 1970; they are both driven by the desire to stand out in the medium of photography. Léki Dago describes their passion as “a desire to elevate photography, to take it beyond the utilitarian to a purposeful vision.”

Although Kodjo’s photos are from the time and era of Malick Sidibé, it is believed that his photographs extend the oeuvre beyond the traditional African studio portraiture. “Kodjo photographed his subjects outside of the studio in staged domestic settings and the streets of Abidjan, creating a unique record of Abidjan during the years of the economic boom of the early post-independence years. …carefully crafted scenes echo the shifting social and familial dynamics against the backdrop of renewal of the urban landscape shaped by modernist design and architecture. But they also speak to the city dweller’s aspirations.”

The last exhibition is also in Paris, a photography presentation at Espace Beaurepaire. Emmanuèle Béthery presents the Congolese photographer Maurice Bidilou a.k.a. Pellosh. From 1973 to the mid 1990s, Pellosh took pictures of people from every walk of life: the flower of Pointe-Noire, families, jolly fellows, ‘sapeurs’, employees, lovers – all who wanted to have their picture taken.

Some fifty photographs have been meticulously and passionately selected. They were shot in numerous locations including the villages of the Mayombe Range, in Pellosh’s studio and outdoor in Pointe-Noire, the second-largest city in the Republic of the Congo. They are amazing testimonies of what postcolonial Congolese society was like and show his unique and sensitive style as a talented portraitist.

Pellosh was born in 1951 in Bouansa, south of Congo-Brazzaville. At the age of twenty, he became an ‘apprentice-photographer’ in Pointe-Noire. For twenty months, he would learn the tricks and tips of the trade – how to manage shadow and light as well as nuances. That was the beginning of what was to become a lifetime passion for photography.

The exhibition is open from November 30 to December 6, 2020 at Espace Beaurepaire in Paris. Save the date and get familiar with Studio Pellosh photos on Instagram.

Corona Call: Open Call for Submissions from Photographers in Africa and Europe

In the 1960s, African American artist Jacob Lawrence spent some time in Nigeria and collaborated with the renowned Mbari Club on the journal Black Orpheus.

We invite you to join us this Saturday 30. 07. 2022 at SCCA Tamale for an art talk at 8:00 pm. Titled: Where Wild Things Emerge. Farm, Forest and… , the artist Ibrahim Mahama will take us through the next phase of institution building as a form, to tease out the relation between